A gift to humanity

“Without having seen the Sistine Chapel, it is not possible to form an appreciable idea of ​​what a single man is capable of achieving.”

Sistine Chapel: the importance of this place in the world and in religion.

Visiting Rome or one of its monuments like the Sistine Chapel, as we have said in several of our articles, is an almost mystical experience. It reminds us how essential the world, art and culture are to the human soul.

But to fully experience a trip to Rome, you must not miss the most important things and the wonderful Roman historical sites.

So our advice is to book well in advance, precisely because otherwise it will be difficult for you to get a ticket on the spot. It is also necessary to check all the timetables because only a very limited number of tourists can enter each hour.

Why visit the Sistine Chapel?

The Sistine Chapel is a real spectacle, extraordinary for its originality and the art it contains. In Latin Sacellum Sixtinum; the Sistine Chapel is dedicated to Mary Assumed in Heaven, a priceless treasure of Vatican City, and found inside the Vatican Museums itself.

Built between 1475 and 1481 when Pope Sixtus IV della Rovere was the flesh of the papacy from which the name actually derives).

It is not only famous for its beauty, but also because it is the place where the conclave is held during the election of the new Pope of the Vatican. Inside are Michelangelo’s famous frescoes (on the vault) and the Last Judgment wall (on the altar).

Furthermore, the walls are decorated by some of the greatest Italian artists such as Botticelli, Perugino, Pinturicchio, Ghirlandaio, Signorelli, Di Cosimo and Rosselli.

What to see inside the Sistine Chapel?

Saying what to see inside the Sistine Chapel can be very reductive.

A collection of artistic and cultural marvels in a place that is both mysterious and famous. The Vatican Museums alone contain an incredible amount of treasures. Both equally invaluable.

Michelangelo and the Sistine Chapel: a considerable contribution.

The first work that we must mention is undoubtedly Michelangelo’s Last Judgment. Made between 1536 and 1541, the fresco was to cover one of the walls behind the Sistine Chapel.

Major work, heritage of humanity, it depicts the end of time and illustrates the last judgment for Catholics; “the judgment of God” before entering heaven or hell. The end of the mortal world and access to divine eternity.

This dazzling painting covers the entire wall, you will feel very small in front of so much grandeur.

The frescoes of the Sistine Chapel.

Inside the Sistine Chapel are many frescoes. Those placed in the central part are the most important because they relate to some of the important episodes of Genesis.

The works are painted in chronological order, the first, in this case, concerns the moment of separation between light and darkness. Made in 1512 by Michelangelo in a single day. Impressive isn’t it?

Created the same year, you can admire the “Creation of Eve” in the center of the vault of the Sistine Chapel. The most important episodes of Genesis are thus represented through five frescoes, enough to leave you speechless.

Do not forget to also admire the fresco of Original Sin made in 1510, the Sacrifice of Noah; the Last Deluge; the Hebrew of Noah.

Until the 1980s, the Sistine Chapel was much dimmer than it is today, as the smoke from candles over the years masked its glow. Without colors and without light, obscure; it is reborn thanks to a restoration that restores its former glory and brilliance. 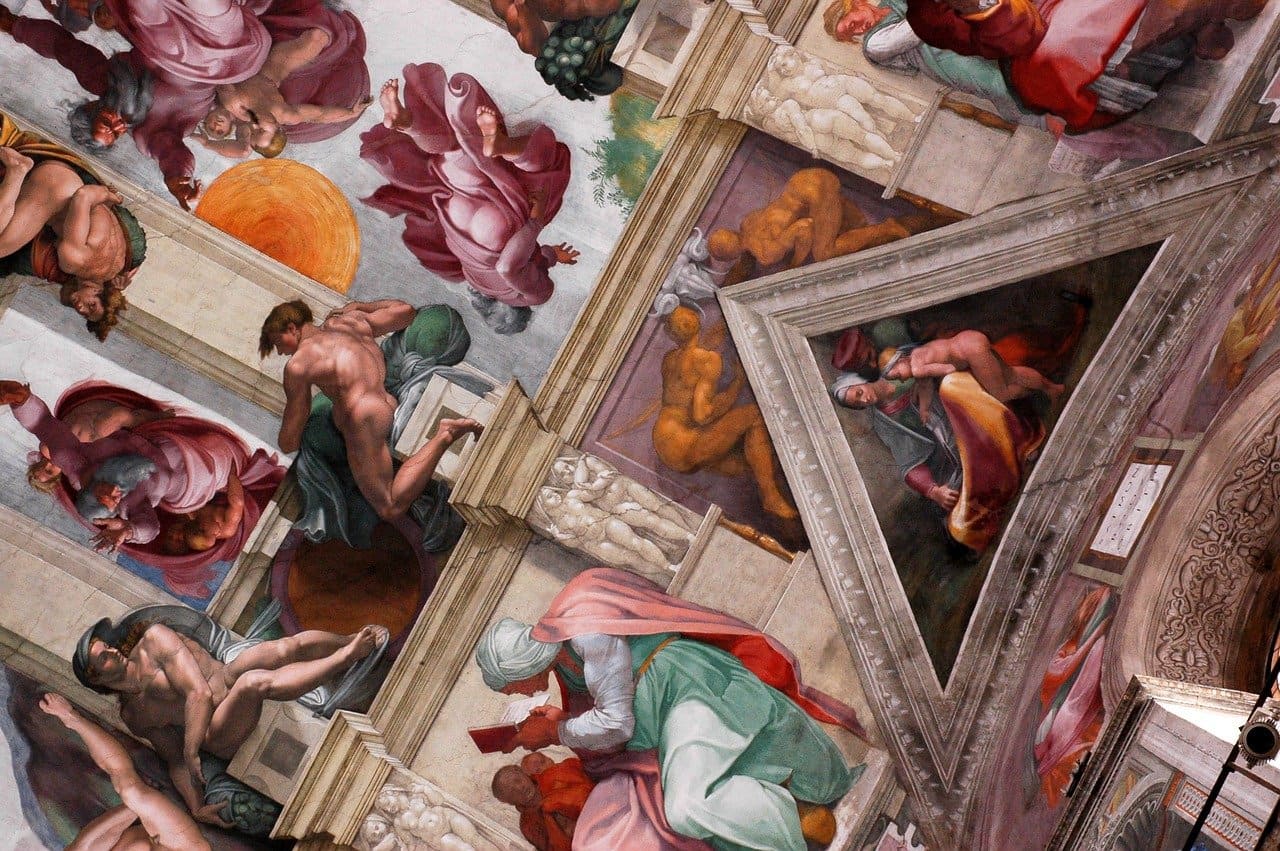 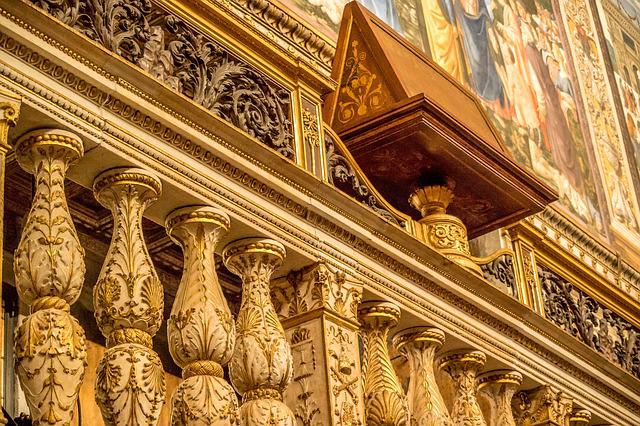 How to book your ticket? How much does the visit cost?

You can access The Sistine Chapel and the Vatican Museums at the following times:

How long is a visit to the Sistine Chapel?

A visit can last 2-3 hours, depending on how much time you spend viewing the artwork.

Admission is an inseparable combo with the Vatican Museums, the cost of the ticket is €27.50, therefore including both visits.

We advise you to book well in advance, especially since there can be long queues to enter. Here you will find the skip-the-line tickets for quick access. All you have to do is present your printed ticket or on your mobile to the staff wearing a yellow vest.

For the Vatican Museums, we recommend a nice walk from the Ottaviano metro station. First visit St. Peter’s Square and appreciate its architectural beauty, then walk a few minutes to the entrance of the Vatican Museums. From Viale Vaticano or Via della Conciliazione.

In this article, we talked about the Sistine Chapel, its origins, its history but also of course Rome. A stay in the Eternal City remains unforgettable. This city is an open-air museum, we can never repeat it enough! She is unique! And even if you don’t want to fall into the tourist cliché, there are things you have to see in a lifetime and the Sistine Chapel is one of them.

For any additional suggestions, do not hesitate to write to us!